Although Silja Serenade is still docked, both Viking XPRS and Cinderella have returned to service and first photos are spreading: Viking Line continues to refresh the look of their fleet and now both of the mentioned ships have hull stripes, similar to those of Amorella and Grace. That means only Mariella, Gabriella and Rosella are plain red now, and it's likely that they'll be given a paint job during their next dockings as well. Although the change is small, I'm very excited about it and today I went to the seaside to watch Viking XPRS arrive. It's also kind of cool that I have some photos that are history now.


I've always found Viking XPRS to be one of the most beautiful day cruise ferries around here, and the white stripes make her even better. Beautiful, isn't she? 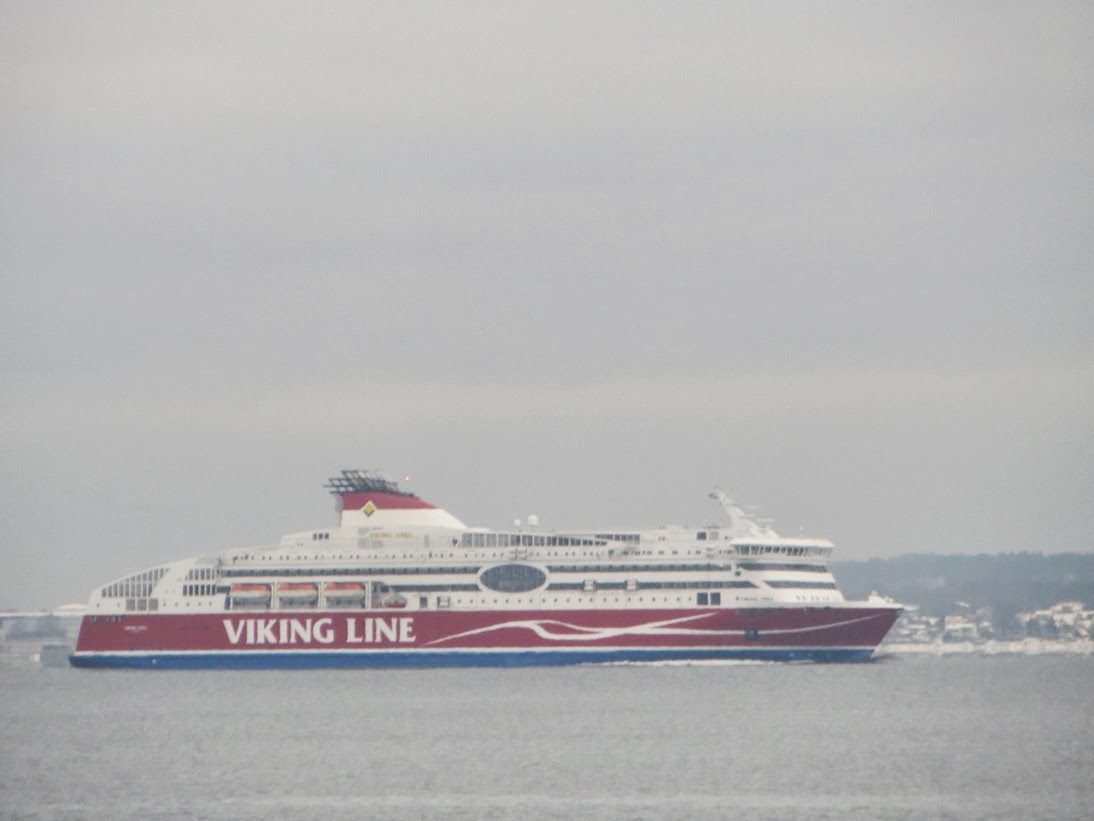 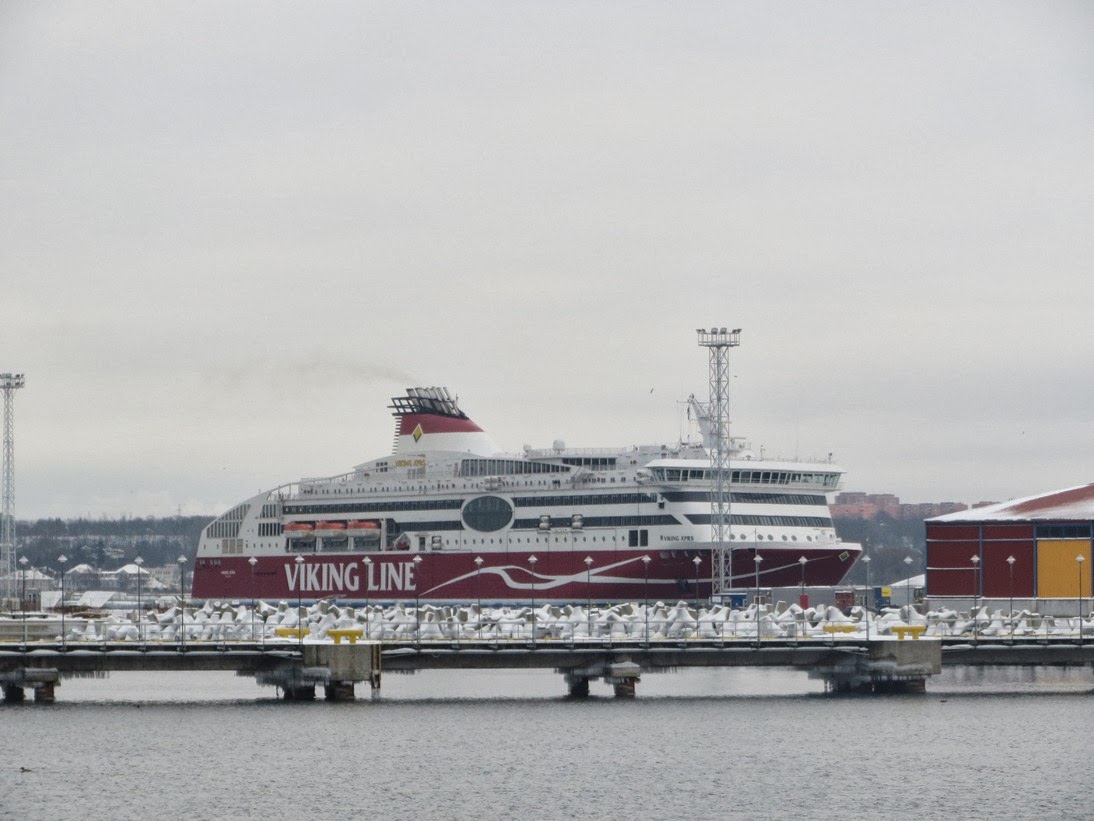 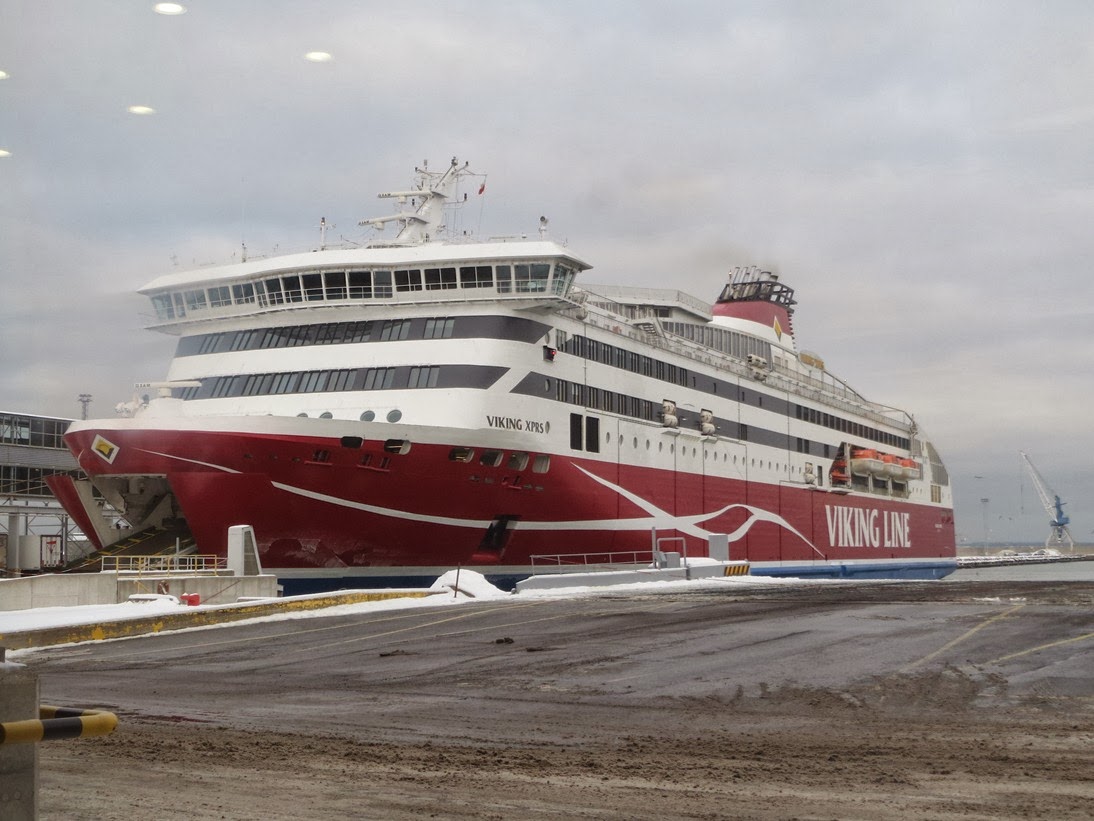 Some dock photos of Viking Cinderella from www.skanskan.se have also reached me. I hope I'll get a chance to see her and take my own photos sometime this year.

In addition to these exciting news, the topic of ship liveries has caused a lot of debate in the Cruise & Ferry group I'm in on Facebook. I must admit it's a topic I'm quite passionate about and I've wanted to write about it ever since the creation of this blog so now seems a perfect time to do so. I've seen people who only like their ships all white or with a very modestly coloured hull. With all respect to them, I don't see how it's possible to ruin a ship just by painting her. I personally find an all white ship a bit boring, if not a pointlessly empty drawing space and I prefer an original solution to an empty space anytime. In fact, a good hull art could really save a ship with a bad shape. On the other hand, I do like the ships that look as if they've been dipped in paint, like Cunard or Holland America Line, but to leave a ship all white it needs to have either lots of big windows or an outstanding shape. That's just my opinion though. And now I'll allow myself a bit of judging.


To sum up, when it comes down to either loving or hating something with no inbetween option, I usually choose to love it. But that is my opinion and you don't have to agree with it.
Posted by Simona at 18:36:00 No comments:

The middle of the winter is here, my major cruisings are done for a while and there's not much exciting going on now - many ships are docked or laid up, not many people are travelling. I feel like I've sent off the Christmas / New Year season well, managing to spot every irregular but one, and the Cinderella crossing I described in my last post feels like a big event I was extremely lucky to attend. She was only here for three weeks, afterall. Here's some pictures I managed to take during the season.

Recently Viking Line announced that next summer Mariella and Gabriella will make short trips to Tallinn instead of staying in Helsinki all day. That has left me wondering what to do. I have been planning a trip on Silja Serenade, but just as I didn't let Cinderella go, I cannot let the chance of seeing Gabriella and Mariella go, either. That means I'm now planning at least two ship trips. It also means that I probably won't travel again until next summer, but it looks like the wait will be well worth it. I'm expanding my range and the next steps from there would be exploring the Turku and Riga ships.

The other thing I'm impatiently looking forward to is the cruise season. May is not so far away anymore and soon I will see my beloved cruise ships again. It feels weird to think that they're all scattered around the world right now.

Email ThisBlogThis!Share to TwitterShare to FacebookShare to Pinterest
Labels: Big News, Coming Up Next

Yesterday I had yet another one of those usual Viking Line day cruises to Helsinki. I've done a lot of them, but this one was very different. We returned on the former flagship of Viking Line, Cinderella.

The journey to Helsinki was nothing special. I've been on Viking XPRS 14 times now. As it often is with ships built for daytime crossings, there is not much to do on her, she was quite full and we spent most of the time either just sitting or taking photos of the sun deck.

I should probably mention that Viking XPRS will be docked for 10 days starting on the 13th of January. During that time she will be reflagged to Estonia.
Usually I've arrived to Helsinki when Mariella and Silja Symphony were there, but yesterday I saw Gabriella and Silja Serenade instead. Finlandia was in Helsinki too, as always.

Since we only had one day, there was not much we could do that we haven't already - so we did some shopping and walking around.
The most exciting part of the day was boarding Cinderella. The crossing on her was something I'll probably remember for a while, for various reasons. She is by far the fanciest ship I've been on yet, she was beautifully decorated and while we were on board, it seemed sold out, there were so many people. From the inside, she felt larger than Silja Europa, although she's actually not. There were many places where you could see through several decks at once. Breathtakingly beautiful.


Since we had no cabin for the crossing, we chose to settle down between the lift shaft and the big window. As it turned out soon, it was the perfect spot to go paparazzi on the company mascot Ville Viking who was entertaining the boarding passengers. It was really heartwarming to watch him.

Another funny thing that happened during the crossing was about the cruise pictures that were taken of us when we entered. After a long shopping spree at the tax free store I was walking out almost broke, when I suddenly realized that I had not even enough money to buy the picture - as some of you know I collect them. Disappointed in myself, I headed to the Fun Club to sit down and drown my miseries in the large amounts of sweets I had bought from various places during the trip, until I realized that there are slot machines on board. I felt like I had nothing to lose, so I went and had a gamble and after winning the smallest amount twice I had enough to buy the picture. Lucky day, I thought, and went to the information deck - just to find out that the pictures will definitely not be ready before the arrival to Tallinn. The uncomfortable photo system would be the first serious con that Viking Line gets compared to Tallink, whose cruise photo system is very flexible and comfortable, although twice as expensive.

During most of the return journey, Silja Europa of Tallink was visible from the starboard side, and at some point she was very close to us, giving us an opportunity to take great photos.
Although I was really hoping to get my first Viking Line cruise photo from there, I didn't want to let that inconvenience to ruin my time at the wonderful ship, and as always, I was very sad to leave the ship. The day cruise was one of the most interesting and spontaneous trips that I've ever had and I'm sure I'll remember it for a long time.

Send me on my next adventure!

Promote Your Page Too