This is the 100th post to this blog, not counting the maybe two or three I have unpublished for various reasons. It is no secret that the vast majority of that hundred were written in 2013-2015, and in the later years I have severely struggled to keep it alive. Therefore, this is also the final post of this blog. To all of those who read this blog for for no other reason than the ship talk, I thank you for your support and hope you had a good time; but to those who read this blog more because of me or my writing style, I do have good news -

I have started up a new blog at simonascribbles.blogspot.com.
(please note that this link will take you straight to the first post of the blog, so if you're reading this post months or years later, you will probably find more stuff if you head to the front page)
I have written a little more about my thoughts and reasons behind this change in the first post there, so if that interests you, come on over!

Yet another year has passed and it is thus time to sum it up, unprecedentedly late into the following year, and following an unprecedented blog silence, due to either being extremely busy, or extremely drained, as you will see. However, that does by no means indicate a lack of blog-worthy events, and I do fully intend to catch up on posting the highlights separately.
2017 has generally been somewhat similar to 2016; very eventful and interesting, but also somewhat difficult, I would even go as far as saying remarkably more so than 2016. So, without further ado-

The Saga of the Estonian Main Island Ferries

This is the updated English version of my article that was published in the 1/2017 edition of Ulkomatala, there translated to Finnish by Olli Tuominen and Kalle Id.

Over the past years there has been a lot of fuss and scandals around the Estonian island ferries, most notably those connecting the mainland to the two largest islands, Saaremaa (Virtsu - Kuivastu) and Hiiumaa (Rohuküla - Heltermaa). In fact, it could almost be said that few people remember any times at all when there wasn't any fuss around the said ferry services.

Experience: A Megastar was born!

Two years have flown by quickly; I remember when Tallink announced a newbuild for their Shuttle service in early 2015, and it feels like yesterday. Yet, somehow, a whole ship was designed, built and fine-tuned in that time. And she wasn't even rushed at all, which I saw first-hand when I embarked on her maiden voyage on the 29th of January. And I did not only do the first crossing; in fact, I was on board during her entire first day in service, a total of four crossings. In addition to Sverre, with whom I did the entire trip, I met tens of other ship enthusiasts as they also did her first sailings either from Tallinn or Helsinki, or both. In addition to the arrival of the Megastar, there was plenty of other things happening on the Tallinn-Helsinki route to be excited about, as well, such as the thoroughly refit Silja Europa, and the Rosella filling in for the Viking XPRS.

Although 2017 has barely started, one thing is for sure - I will remember it as a year I got to welcome on a wonderful cruise. This time it was a special New Year cruise organized by Fjord Line; both the Bergensfjord and the Stavangerfjord were put to do these special cruises, and our choice ended up being the Stavangerfjord from Bergen to Copenhagen via Stavanger, and back. For practical reasons we decided to disembark in Stavanger instead of Bergen, which gave me an additional city to discover.

But before I got to embark on the Stavangerfjord, I had to get to Norway.

With yet another year behind, it is time to write a summary of what it has been like for me. I noticed quite loud wishes for the year to be over faster, particularly in relation to all the celebrity deaths, but I've always wondered why are people hating on 2016 if it is just a certain period of time, a social construct, like any other year, with no further meaning than what we give it ourselves. And the night between the 31st of December and the 1st of January, like any other night, has no magic powers to end all misery. So in the end, all we can really do is take life as it is, do what we can to make the world a better place and not worry about what we can't do.

After disembarking from the Finnsun, I did not actually head home - instead, I flew straight to Norway again and spent a few peaceful days there with Sverre before he had to head back to work on his ship. Nonetheless, already before the end of August I was back in Norway again, this time for a remarkably longer and more adventurous stay, which also included a worthy celebration of my 20th birthday. It also marked the first time I chose to travel to Norway without flying; I started the journey by taking my old favourite Viking Grace to Stockholm.

As time went by, many things and tasks became routine and other aspects of life at sea prevailed. I was no longer excited like a little kid for a usual evening bridge watch or to grab  the paintbrush to give a fresh touch to some railings or walls, or even less, the dreadfully boring ISPS watch. The crew changed over time and with that, so did the environment and I had to learn to work with different people who have different expectations, and I saw differences between the good, the great and the amazing (as, very fortunately, I did not meet any bad people during this OBT). I also started to realise that working at sea is definitely not good for people with fear of missing out, as life on land never stops and having to miss something amazing due to being "stuck" on a ship can sometimes be quite the bitter pill to swallow.

As I mentioned in the end of my previous post, it was well known to me that to ensure the best progress with my studies, I would have to do 60 days of on-board training (OBT) during the first summer break. I admittedly had many doubts and worries about whether I'll manage to do that; while my school has very excellent opportunities for on-board training and there is a very nice and handy OBT placement system for students of Finnish maritime schools, I was worried that my still not very fluent Finnish skills would deter my opportunities there. However, it was during my very last course of the year when I was notified that I have been placed on a large ro-ro cargo ship called Finnsun for 60 days - just as I had requested, as my wish was to get it over with in one go. That was then some 4 days before I was due to board. Needless to say, I got very busy and on the 31st of May I took my suitcase and sat on the bus, bound for Kotka. 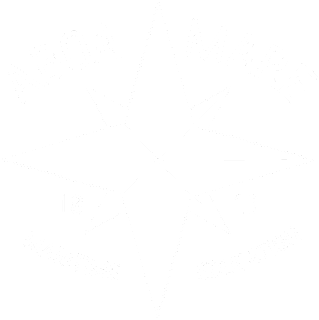 For now, I thought I'd write a bit about what's been routine since last September, when I started my maritime studies in Aboa Mare. Some may recall how I wrote about my aim to continue in Estonian Maritime Academy multiple times a few years ago, but eventually the prospect of getting my education in English with a broad and international approach made me change my mind about that, as well as my lifelong dream to move abroad, even if not so far.

I'm now in my 2nd year and I can say that the decision has had its pros and cons, but I certainly haven't had to regret it. The system fits me very well, as we usually do only one or two subjects per week, and those subjects change every week. The main downside is that one can't really afford getting sick or being away at sea during some mandatory attendance courses, but in my eyes, the variety such a system allows for is great and definitely makes up for everything.

Send me on my next adventure!

Promote Your Page Too